On 12 September Sakhalin Energy and Sakhalin Oblast Government have signed a Memorandum of Understanding for cooperation in regional socio-economic development projects at Gorny Vozdukh Ski Resort. The document was signed during the Eastern Economic Forum that is now taking place in Vladivostok.

The Memorandum creates a cooperation framework for development and support of the volunteering project 'I'm a Contributor to my Island' and Gorny Vozdukh safety culture enhancement. The document has been signed as a follow up to the pilot phase of Volunteering Development Project at Gorny Vozdukh that was launched in 2017.

Sakhalin Oblast governor reminded that in February 2019 Yuzhno-Sakhalinsk will host the Children of Asia International Sports Games: "It is a great opportunity for our region to present the island to our numerous guests from Russia and 32 countries, who will take part in the games. Well-organized volunteers will be very important to create a welcoming atmosphere for athletes, fans and tourists. We already have some experience in this field. But I think that Sakhalin Energy's support will be a new step in tourism development for Sakhalin Oblast on the whole," Oleg Kozhemyako said.

Sakhalin Energy's CEO Roman Dashkov said during the signing ceremony: "Gorny Vozdukh is a symbol of today's Sakhalin and a major attraction. So it is no wonder that business and government unite to make it even better. The agreement we are signing today covers two major workstreams, which are key social investment areas for Sakhalin Energy – safety and public initiatives development. The latter is all the more relevant now, since 2018 was declared as the Year of Volunteers in Russia."

The signatories spoke about the value and importance of the volunteering movement and, as honorary volunteers, they received souvenirs with the project logo. 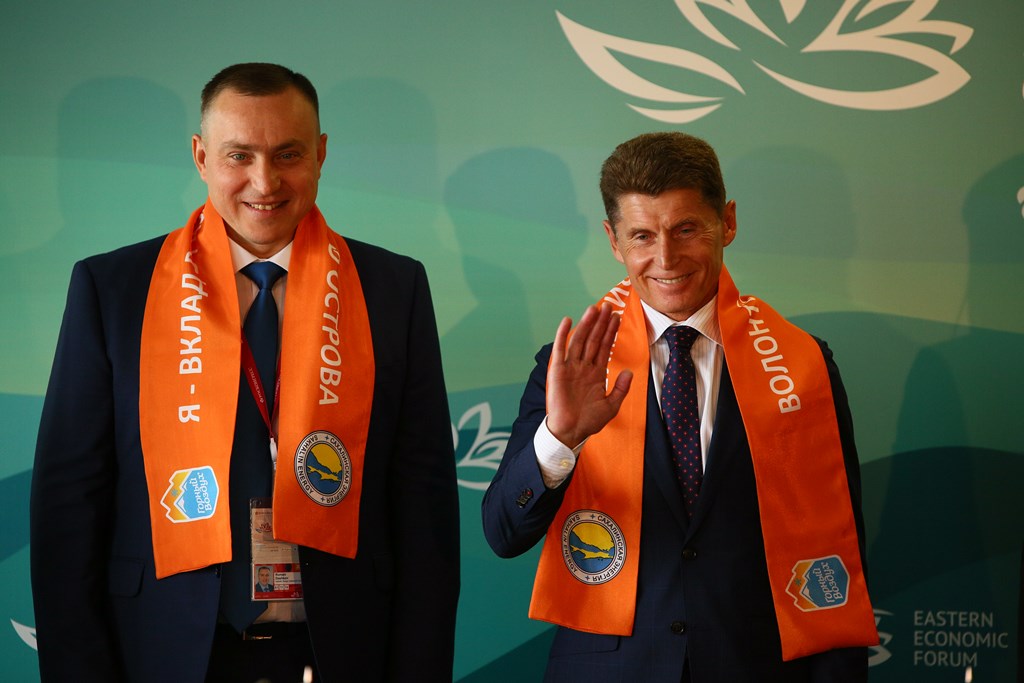