Results of the Nivkh Alphabet Contest Summed up

The awards ceremony for the winners of the Nivkh Alphabet Contest held in Nogliki was conducted by the Association of Museums of the Sakhalin Oblast with the support of Sakhalin Energy within the framework of events dedicated to the International Year of Indigenous Languages.

In addition, 2019 is a jubilee year for the modern Nivkh alphabet, created by Vladimir Sangi. This year we will celebrate 40 years since the date of its approval.

“The contest covered a wide audience: representatives of the Nivkhs and also other people who are interested in the history of this unique language, both children and adults. We thank all the participants for their excellent works and interest in the history of their native land. The celebration of the 40th anniversary of the Nivkh alphabet began with the publication of the calendar ‘Nivkh Year: from A to Z’ by Sakhalin Energy,” said Yulia Zavyalova, Lead Specialist of the company’s Social Performance Subdivision, at the contest awards ceremony.

The contest participants live in different parts of the island — the villages of Nogliki, Val, Okha, Nekrasovka, Tikhmenevo (Poronaysk District), Starodubskoye (Dolinsk District), Korsakov, and Yuzhno-Sakhalinsk. There were entries sent by a number of students from China, so the contest was truly international. All in all, more than 100 authors took part in it.

Marina Zheleznyak, the head of the group of students from the village of Val thanked the organisers of the contest for inviting children to participate in it: “The schoolchildren enjoyed their work immensely and became more familiar with the Nivkh script, which is different from the Russian written language. The talk with the famous writer and author of the first primer of the Nivkh language inspired them, and now they are eager to participate in future competitions.”

The winners in the Fine Arts category were Kristina Ikonnikova, a 12-year-old student of the Nogliki Art School, with her painting titled “Fisherman” and Elizaveta Filonova, her peer from Korsakov, who executed a portrait — “The Spirit of the Earth”. The other two prizes were awarded to 9-year-old Pavel Sabirov from Yuzhno-Sakhalinsk for his picture “Ykh-Myth” and 11-year-old Yana Soroka from Korsakov for painting the Nivkh alphabet. In addition, diplomas for active participation in this category were awarded to the students of the Nogliki Children’s Art School, schoolchildren from Val village and Nogliki Secondary School No. 2. As regards the youngest age group, the pictures “Letter Б” painted by 7-year-old Dana Basheva (Nezabudka Kindergarten No. 44, Yuzhno-Sakhalinsk, teacher — Oksana Myslik) and “Marine Alphabet” by Stepan Davydyuk (Tikhmenevo Village School, teacher — Natalia Kirilina) were awarded the second and third places, respectively.

In the adult age group, the winner was Anna Solovyova from Yuzhno-Sakhalinsk with the picture “Unique Letter Disappearing into Sunset”, while the second and third prizes were awarded to contestants from Nogliki Lyudmila Paskit for “Hanger. Yukola” and Olga Rozhnova for “Sounds of the Sea Wave”.

In the Decorative and Applied Artcategory, the painting titled “ЧО” by Eva Murtazina, a 14-year-old schoolgirl from the village of Val, was recognised as the best; the second prize was shared by her fellow villagers — Lada Poddubnaya, aged 9, for her picture “Juniper” and Alexander Payvin, aged 14, for his original representation of one of the letters of the Nivkh alphabet. The third place in this category went to the youngest participant in the contest — 6-year-old Mark Pogyun from the Nekrasovka Boarding School, who had made a picture of the letter “Н”.

Among the adult participants, there was no match for Natalia Kiryukhina, a Sakhalin artist, who executed a painting titled “Sakhalin Island. History of the Nivkh Alphabet”. The second place was given to Oksana Myslik, a teacher of the Nezabudka Kindergarten, Yuzhno-Sakhalinsk, who presented a panel painted on a tree saw cut.

The Grand Prix of the contest in this category was awarded to students of Nogliki School No. 2 for their collective work: 23 sixth-graders won the jury members’ hearts with their large-scale work of art “Ururgut Vaivut Chu” (“Friendly family”). The children sewed all 46 letters of the Nivkh alphabet, making each of them a “home” for an animal. They accomplished this task under the guidance of Anetta Dashieva.

The awards ceremony was held in the Nogliki Municipal Museum of Local History on 18 March — the birthday of Vladimir Sangi, the founder of Nivkh literature. The Nivkh writer, who joined the jury panel along with representatives of regional cultural institutions and Sakhalin Energy, congratulated all the contestants who participated in the Literary Work category.

All the contest entries will be displayed in an exhibition, which will be arranged following the contest. The best of them will be presented on the websites of the Association of Museums of the Sakhalin Oblast and the Literary and Art Museum of the Book of A.P. Chekhov “Sakhalin Island”. 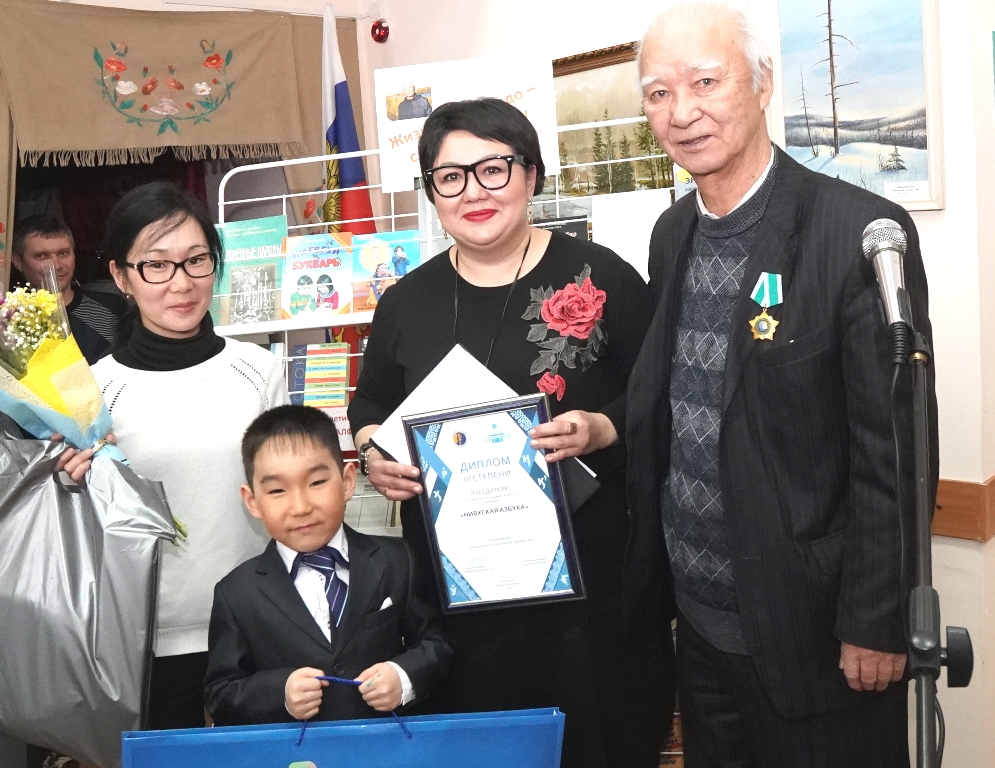 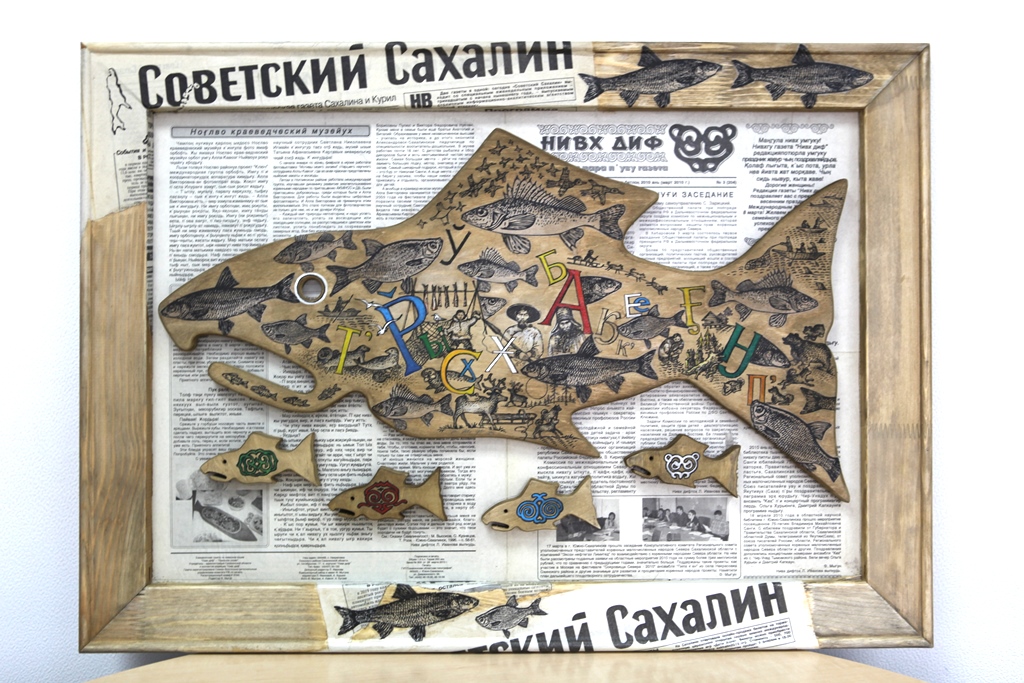