Sakhalin Experience Presented to the UN

The UN headquarters in New York are hosting the Permanent Forum on Indigenous Issues. In its framework, the Russian Federation held an event titled “Preservation and Promotion of the Linguistic Heritage of the Indigenous Minorities of the North”. The event aroused great interest of experts and the indigenous community. It was attended by members of the UN Permanent Forum and the UN Expert Mechanism on the Rights of Indigenous Peoples.

At the opening of the event, the head of the Federal Agency for Ethnic Affairs Igor Barinov invited the participants to take part in an open discussion of the risks in the field of language policy, and also urged them to share effective problem-solving mechanisms and practices to support linguistic diversity.

The main task of every indigenous person is to speak their language rather than speak about the language,” Nina Veysalova, First Vice President of the Russian Association of Indigenous Peoples of the North, Siberia, and the Russian Far East, stressed the importance of individual initiative.

The Sakhalin delegation presented a trilateral report on the challenges to the preservation of endangered languages, as well as on linguistic revitalisation practices in the island region.

“It is much easier to forget a language than to learn it,” stated Elena Bibikova, a native speaker of the Uilta language. “Together with the other elders, I conduct lessons of the mother tongue; we study folk art not only together with children, but also with adults. We want to draw general attention to the fact that very few people, even among the indigenous residents of the Sakhalin Oblast, speak their native language, and we are trying to get people interested in studying it.”

Elena Bibikova, an elder of the Uilta people, underlined that they did not have enough young teachers to teach the language. She noted, however, that business entities provided substantial assistance in publishing literature in the national languages of the Sakhalin indigenous minorities. “When our Russian-speaking countrymen open a book in their native language, they want to read and understand it,” added Elena Bibikova.

Lyudmila Missonova, Ph.D. (History), Senior Researcher at the Institute of Ethnology and Anthropology of the Russian Academy of Sciences, widely known for her many years of research of the Uilta language and culture, focused on the currently increasing needs of the indigenous peoples of Sakhalin to preserve their languages and promote folklore: “The quality of this process is the responsibility of indigenous intellectuals and scholars studying languages and culture. The support provided by the state, public and business organisations is critical to success in these endeavours.”

“We contribute to the realisation of the linguistic rights of indigenous ethnic groups in three main areas: preservation, development and promotion of national languages,” said Natalya Gonchar, Ph.D. (Pedagogical Sciences), Head of the Information Support and Media Liaison Subdivision of Sakhalin Energy. “The company supports the publication of books and teaching aids, initiates and facilitates events with the participation of native speakers and the involvement of youth. For many years, it has financed the manufacture of printed and souvenir products dedicated to the cultural heritage of the Sakhalin indigenous minorities. It is also holding a whole series of events as part of the International Year of Indigenous Languages.

The event was organised by the Permanent Mission of the Russian Federation to the United Nations, the Federal Agency for Ethnic Affairs, and Sakhalin Energy. 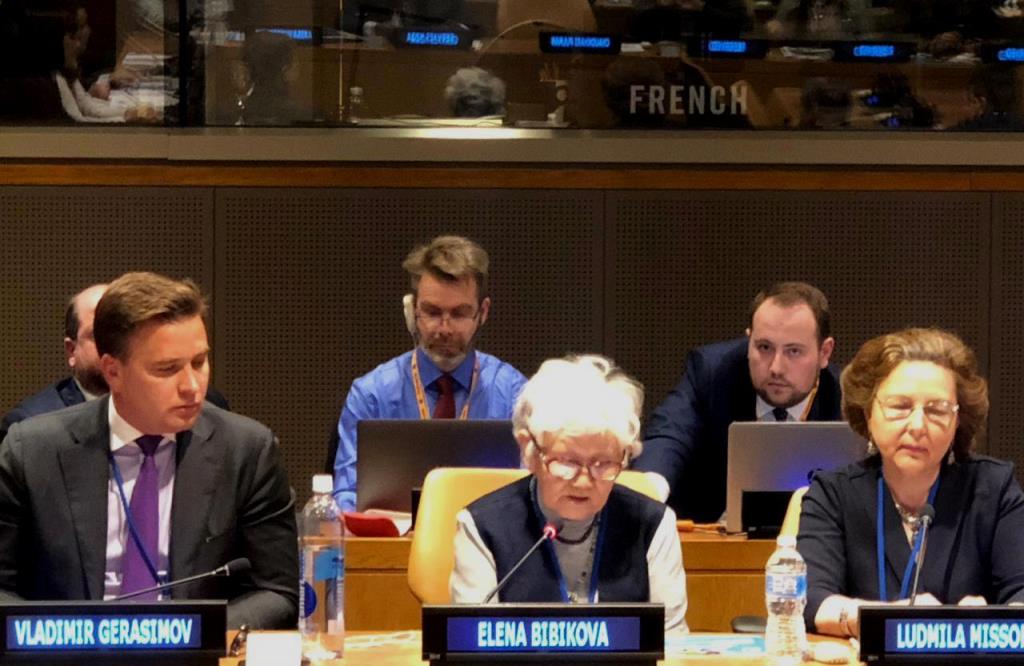