For two days, open lessons devoted to the culture of Sakhalin Indigenous Minorities were held in the Romashka kindergarten in Korsakov. The lessons were held by teachers from Nogliki on the eve of the International Day of the World’s Indigenous Peoples. The event was initiated by Sakhalin Energy.

“It is the first time that lessons teaching children about the culture of the island ethnic groups have been held in our kindergarten. Our children should gain this knowledge as early as possible, so that they can feel the multi-faceted beauty of their native land from an early age. In this case, they will not leave it when they become adults. We are working in this direction. We hope that, with the assistance of Sakhalin Energy, such lessons will become a tradition,” said Elena Kostitsyna, Head of Romashka Korsakov Preschool Institution.

The guests began the first lesson with an ancient ritual to call good luck. “The Russians let a cat into a new house. We do the ‘chookh-chookh’ rite.” This ritual is used in various situations: before fishing, when moving into a new house, on family holidays,” they explained.

Svetlana Gavrilova, a preschool teacher, a representative of the Uilta people, introduced the children to the culture and traditions of Sakhalin ethnic groups. The first lesson was a workshop, during which the preschoolers made brightly-coloured appliquéd pictures with the images of traditional costumes – robes with ornament patterns in the form of waves, hats, and boots. “Each pattern has a specific meaning,” said Svetlana Gavrilova. “While sewing and embroidering a piece of clothing, women wish the person who will wear it to be well and lucky.”

Svetlana, a member of the Nivkhinka Club, works under the Revival of Traditions Starts from Childhood programme: she teaches children not only needlework, but also Nivkh words, which boys and girls can easily memorise while playing games.

“I have made a hat – ‘hak’”, “And I have made ‘ki’ – it’s the Nivkh for boots. We have really liked it,” the preschoolers excitedly shared their impressions of the workshop. Making appliquéd pictures, they learnt some Nivkh words that denote different articles of clothing.

During the second lesson, the children went on to more energetic activities – a sports contest, held by the Nivkh language teacher and national sports coach Natalya Sangi. The warm-up began with a journey through a magical forest to the sounds of a shaman tambourine. The boys and girls pretended they were foxes, hares, and bears. Then they jumped over mock sledges. The preschoolers were told that jumping over sledges had been a fun activity for indigenous minorities since time immemorial. Now it is one of the most difficult of the traditional Nivkh sports – it requires concentration and, of course, skills and dexterity. 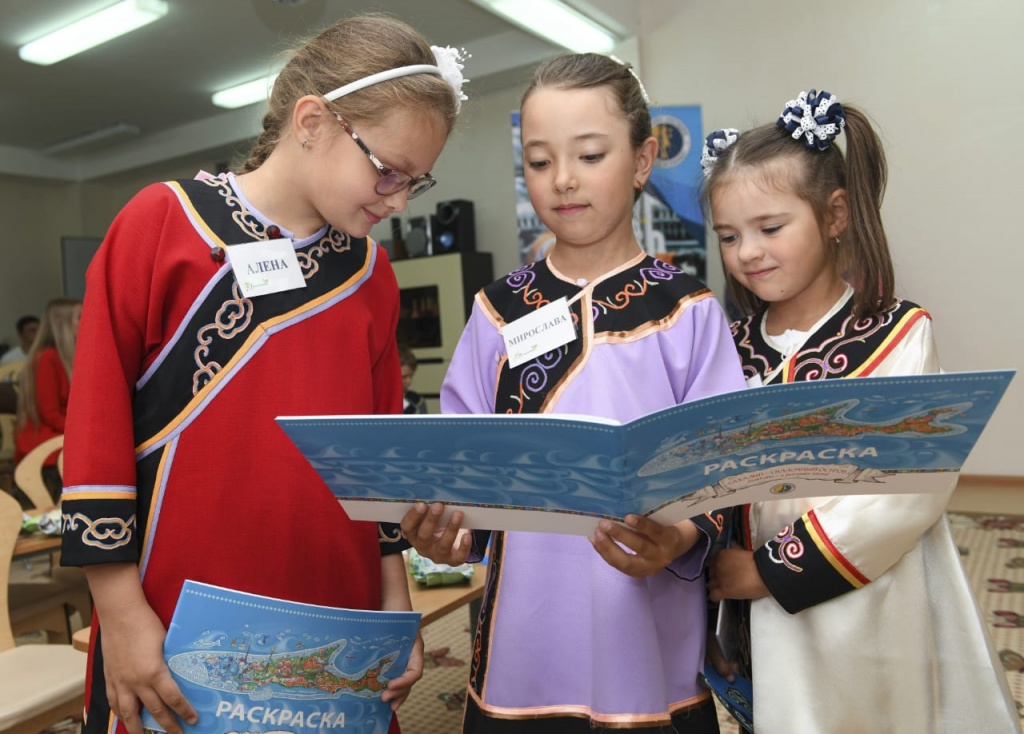 During the “deer hunt”, the children learned about another national sport with a mysterious name – tynzyan throwing onto a khorey. The boys and girls “hunted” using a hoop, which they had to throw on the deer horns. Their excitement grew with every successful throw.

“Today, Nivkh culture is coming back to life thanks to the efforts of the community and the support of companies such as Sakhalin Energy,” said Natalya Sangi.

The first experience of conducting SIM culture lessons by the Romashka specialists was interesting to teachers from other Korsakov kindergartens, who had been invited to the event. At the end of Day 2, Sakhalin Energy presented all guests and Romashka teachers with copies of the methodology handbook, developed jointly with the Berezka Nogliki Preschool Institution. Hopefully, this gift will be of great help in teaching children the traditions of the indigenous ethnic groups in other preschool establishments of Korsakov. Judging from the enthusiastic response of the Romashka children, the tradition of conducting such lessons will certainly continue at their kindergarten. 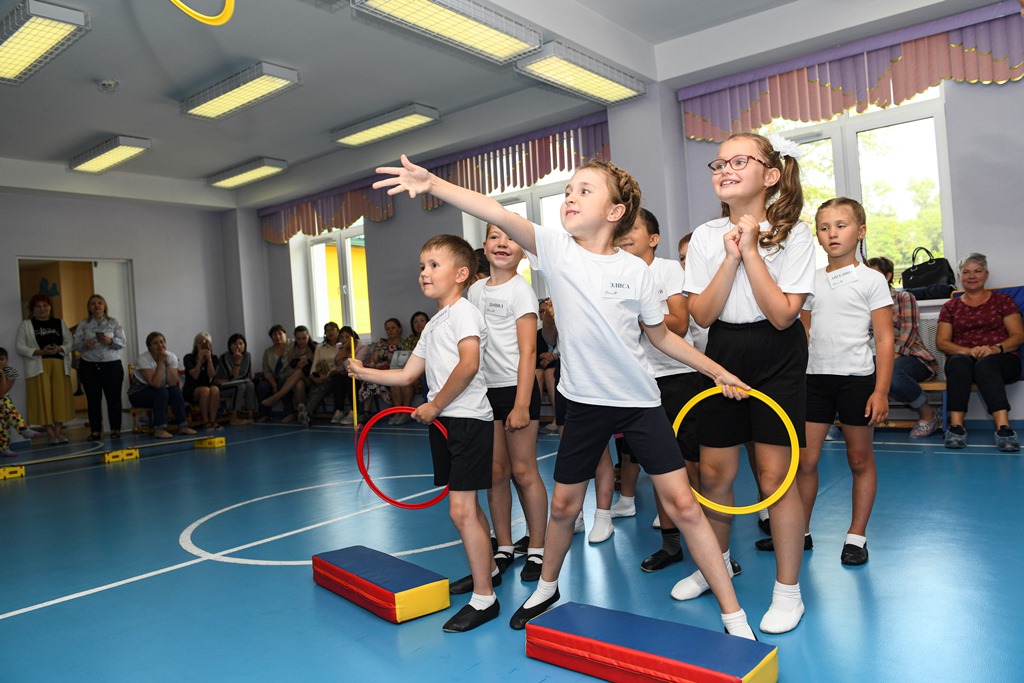 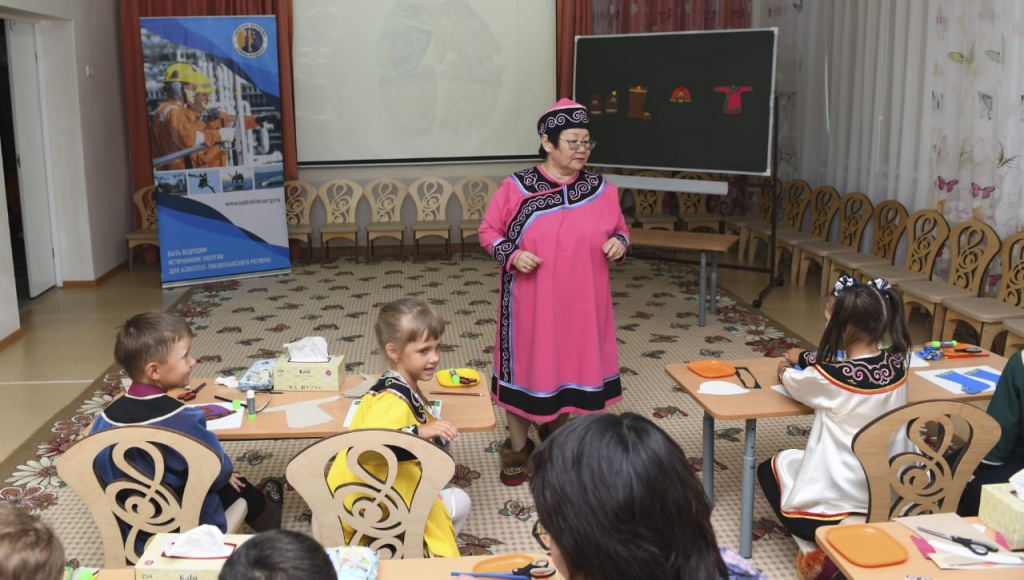