Memory of the Heart Exhibition Continues in the Regional Museums

In July−August Memory of the Heart exhibition will continue in the regional museums.

It is dedicated to 75th anniversary of the Victory and consists of works of painting, sculpture and graphic art from collections of the Far East Art Museum: drawings, engravings and propaganda posters by Soviet and Russian artists.

The singularity of many works is that they were created in the area of combat in 1941−1942. Overall, it is historical memory and people's gratitude expressed in the art saturated with smoke of war supplemented by the memory and recognition represented in contemporary works of nonconformist artists who tell about the war through the language of symbols and allegory.

Originally, the exhibition opened in March 2020 in Sakhalin Regional Art Museum as a project supported by Sakhalin Energy in honour of 75th Anniversary of Victory in the World War II. Starting from June, the exposition, divided in two separate collections, has been working in the districts of Sakhalin Region. In the Year of Memory and Glory it reminds all of us about heroic and tragic events of the World War II. 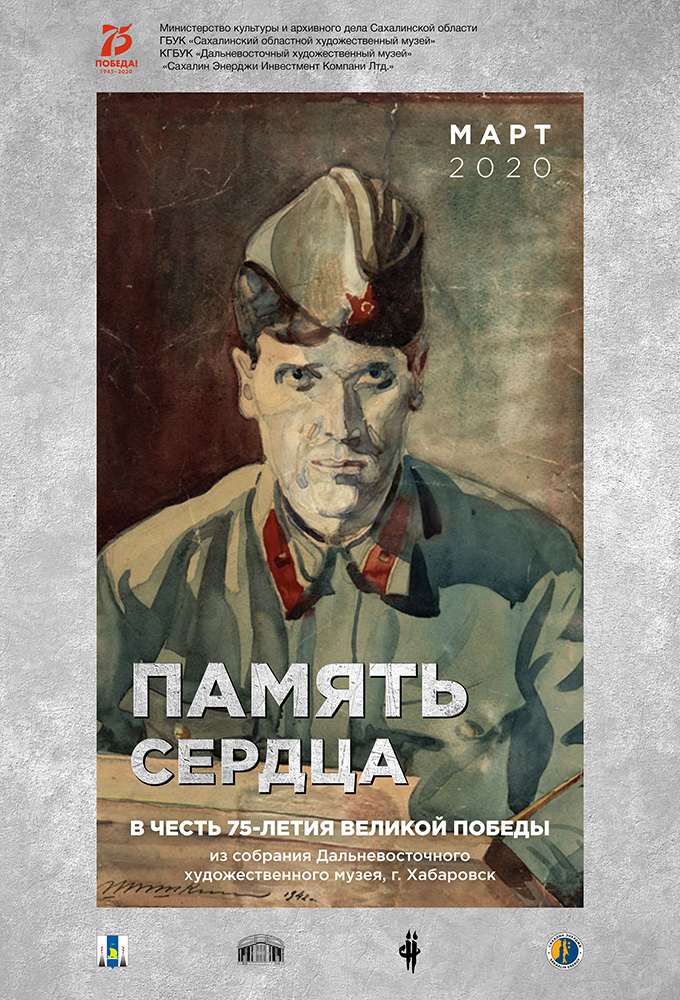