“IVOLUNTEER. On the Edge” Enters Programme of International Film Festival

The IVOLUNTEER. At the End of the World. film has entered the programme of the On the Edge of the World Sakhalin International Film Festival.

The new documentary series contains five stories featuring Sakhalin, two of which are about projects supported by Sakhalin Energy.

“The unique #IVOLUNTEER project has immediate relevance to Sakhalin Energy who places a great emphasis on this line of activity: the company has been conducting a corporate volunteering programme for more than 10 years. The new film is a kaleidoscope of opportunities for good deeds. While sharing the stories of Sakhalin volunteers, it also gives an account of the initiatives implemented across the only insular region in Russia,” said Anna Lygina, a senior specialist at the company’s Social Performance Subdivision.

The incredible stories are like a magnet that draws the emotions of the audience to the surface. One of them is about the Freewheeling Musicians, a band who perform in the streets and donate their earnings to charities. The volunteers participating in the Kind Songs project visit children's homes and rehab centres to give concerts and lessons for children and spark their interest in music.

Yet another story encourages reflection about the future of the children who attend the VAF cartoon studio in the village of Dachnoye (VAF stands for a phrase in Russian that can be translated as ‘the art of making animations using a still camera’). It’s not just a pastime for the kids—they learn to express themselves through creative art by visualising their daydreams in their cartoons. Four of the young artists’ cartoons created under the direction of Lyudmila Rachkova, the school librarian, entered the Light Play film festival.

You can watch the “IVOLUNTEER. On the Edge” as part of the Sakhalin Trail shorts selection at the Культура.РФ portal during the entire festival week through 28 August. 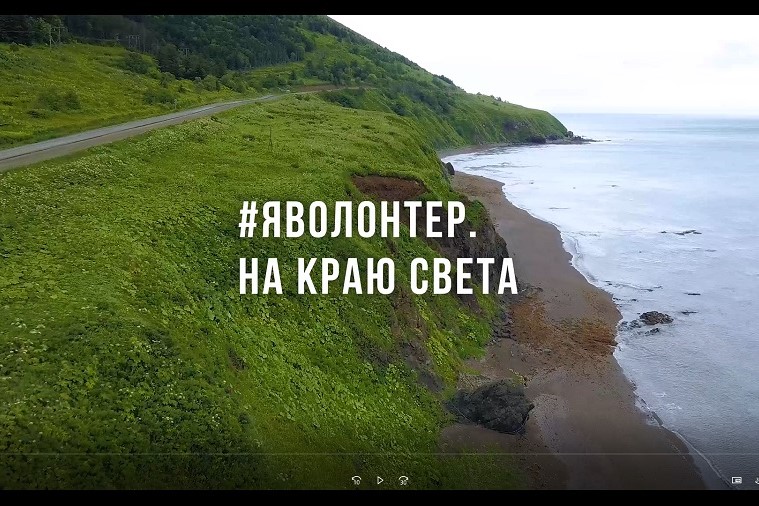