The event marking the 75th anniversary of Sakhalin Oblast will feature an extensive business and cultural agenda dedicated to the social and industrial development of the region.

Thematic sessions and roundtables will offer insights into the emerging areas of personnel sovereignty, best practices in biodiversity conservation, plans for carbon neutrality, and the potential for developing tourism on the islands.

In his address to the audience, Deputy Chairman of the Sakhalin Oblast Government Vyacheslav Alenkov stressed the importance of this event taking place in the Russian capital and expressed his gratitude to the State Historical Museum for the opportunity to be the first to open the Your Country federal project. "We are deeply honoured to represent Russia's only insular region here, in the very heart of our homeland. I am confident that our busy programme will make Russia's furthermost region much closer and more appealing not only as a tourist destination, but also as a centre of attraction for creative and active young people, professionals, and specialists.

"The Sakhalin Oblast Days programme marking the 75th anniversary of the island region, is impressive in its diversity and will enable Muscovites, as well as visitors to the capital, to learn more about one of the bright and unique territories of the Far East − the history of this land, its traditions, its present and, of course, its future. Which, in turn, depends directly on the success of efforts to create the conditions for a comfortable and happy life on the island. Much has already been done in this respect on Sakhalin, but there is still work to be done. Together with the regional government, we will continue to implement projects aimed at improving urban amenities, improving transport accessibility, and developing housing and key sectors of the island's economy", said Russian Minister for the Development of the Far East and the Arctic Alexey Chekunkov in his greetings to the participants of Sakhalin Oblast Days.

Welcoming the guests, Andrey Oleynikov, Managing Director of Sakhalin Energy LLC, congratulated Sakhalin Oblast on its 75th anniversary and acknowledged the role of the Sakhalin-2 project, an integral part of the region's multifaceted history for the past 28 years. "The records and achievements of our oil and gas project are forever inscribed in the annals of Sakhalin Oblast's history, with many of them on display at the exhibition. Working for the benefit of the region and the country, we are truly a Sakhalin company, with most of our employees being Sakhalin residents. We take care of the unique ecology of the island, which has become our home, and we respect the cultures of the peoples who are our neighbours. The 75th anniversary of Sakhalin Oblast is a seminal event for us. In close cooperation with the Sakhalin Oblast Government, we have undertaken a lot of creative work to familiarise Muscovites and visitors to the capital with the unique region in the Russian Far East, encourage them to visit it, and perhaps grow to love it as much as we do". 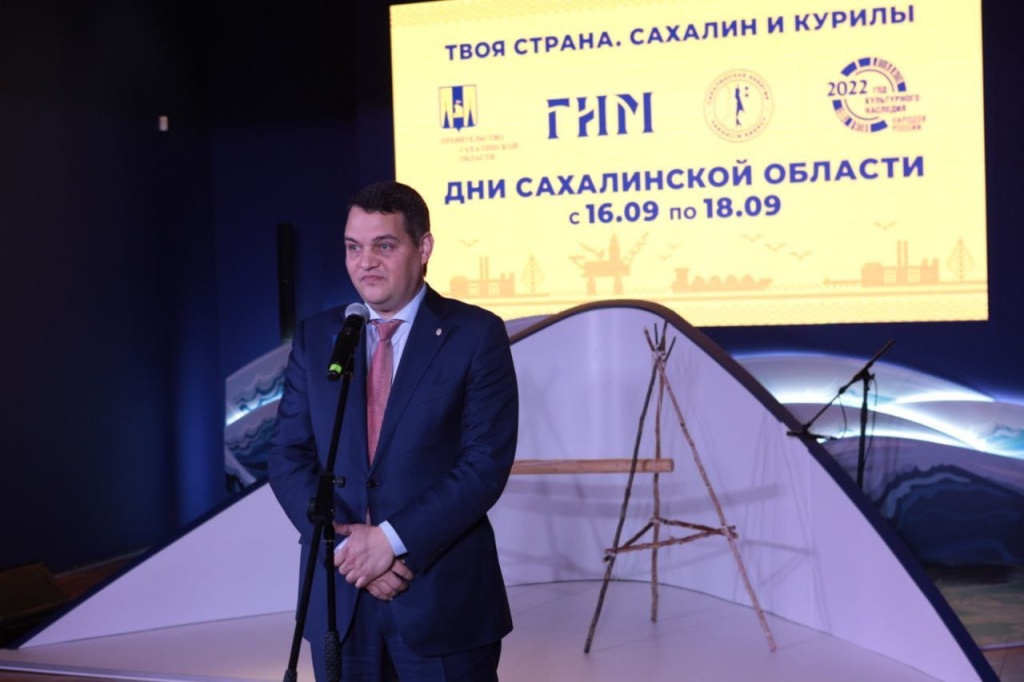 In the speech that followed, Elena Lysenkova, Deputy Head of the Federal Agency for Tourism, described Sakhalin as 'a prized jewel that strikes with its natural, cultural, and historical diversity'. "The newly introduced national tourist trail ‘The Day Begins Here' is now among the most popular ones in the country. I am confident that an event of this kind will provide an excellent starting point for attracting people to the Russian Far East," said she.

Performances by well-known Sakhalin ethnic ensembles such as Ludi Ykh-Mif (People of Sakhalin) and Ari La Mif (Land of the North Wind) proved to be the highlight of the event. 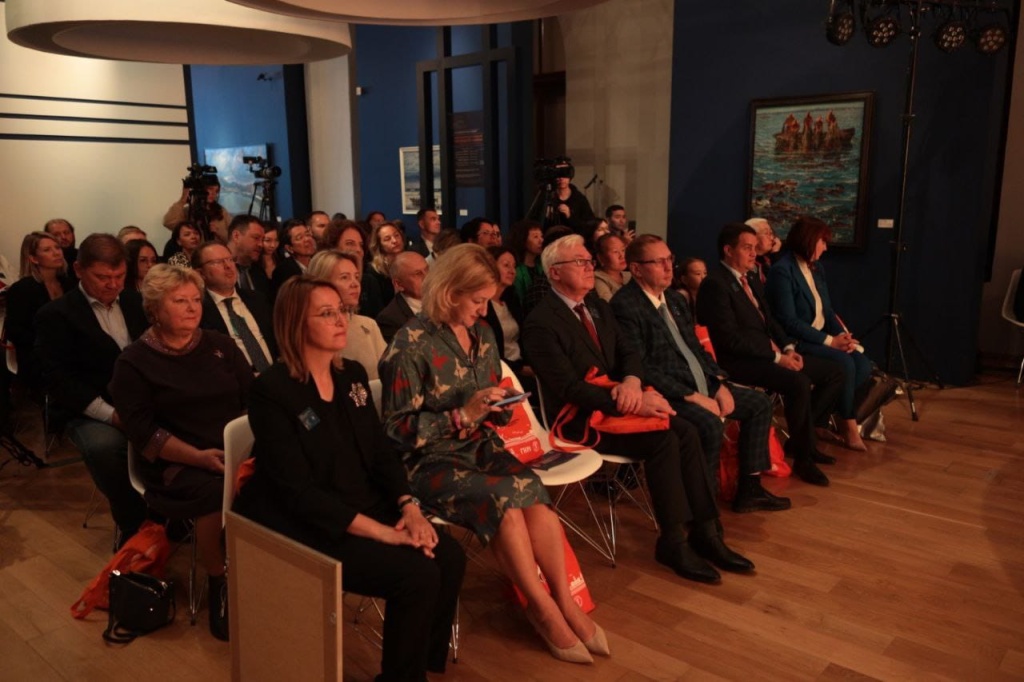