Sakhalin Oblast's stand was among the exhibitions on display at VDNKh, and it immediately captured the attention of the guests.

The Sakhalin delegation featured the best masters of arts and crafts fr om various municipalities, the Nivkh nnational folk ensemble Ari La Mif (Land of the North Wind) from Nogliki, and the winners of The Mother Tongue, a regional children and youth conference held in the native languages of indigenous minorities of northern Sakhalin Oblast and the Russian Far East.

Facing strong competition from one another, the participants shared the secrets of their craftsmanship with citizens and guests of Moscow for several days. The stand's visitors could not only see the exhibits, but also immerse themselves in the interactive experience of making handicrafts under the guidance of master craftsmen.

Yury Levkun and Fyodor Mygun gave guests a woodcarving masterclass entitled The Magic of Wood. Victoria Azizmamadova and Elena Ochan taught the basics of beadwork during the Beadwork Melody workshop. Albina S. Mygun and Natalya Kelman gave a demonstration of a traditional embroidery technique called Ice Tif (Golden Stitch). Olga Reznik shared the secrets of making artwork from an unusual material by engraving silhouettes that 'come to life' on fishskins.

In a gastronomic competition, the Sakhalin delegation was not inferior to those from other northern regions of Russia, either. Elena Ochan and Olga Reznik of the Sakhalin team prepared and served delicious and very unusual dishes to the audience: muvi made according to traditional recipes and a unique tea blend.

Several days of contests and competitions held during the 17th International Fair Treasures of the North − Craftsmen and Artists of Russia 2022 ended with the panel of judges and, most importantly, the visitors to the exhibition admiring the unique culture of the indigenous ethnic groups living in Sakhalin, and, in many of the programmes, Sakhalin residents were rightly awarded first places.

The main victory was the Exhibition's Grand Prize that went to the Sakhalin Oblast stand.

"Our victory is a shared award resulting from the concerted efforts of all the partners and participants. Our Sakhalin craftsmen, the members of the Ari La Mif National Folk Ensemble, and the winners of the Regional Children and Youth Conference in the Native Languages of Sakhalin Indigenous Minorities did a great job of representing Sakhalin Oblast at the federal level," said Yulia Zavyalova, Lead Specialist of Corporate Affairs, Sakhalin Energy LLC. 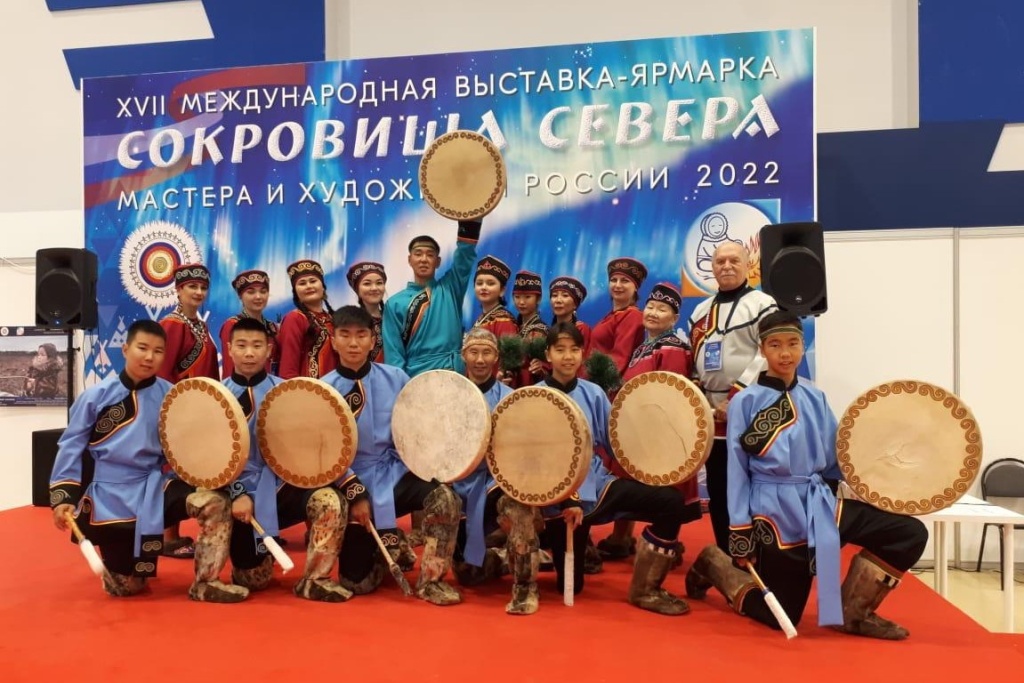 Treasures of the North is a large-scale annual traditional event that plays a crucial role in the lives of Russia's indigenous peoples. For several days, a chosen venue turns into a unique place wh ere indigenous ethnic groups get the opportunity to present their cultural identity. The thematic sections of the exhibition offer numerous delegations an opportunity to showcase their national crafts, the artwork of individual artists and craftsmen, clothing and headwear of unique designs, souvenirs and handicrafts, organic foods, and much more. The Nomadic North Festival also brings together national ensembles from across Russia to share their creative passions.

The visit of the Sakhalin Indigenous Minorities' delegation to the 17th International Fair Treasures of the North − Craftsmen and Artists of Russia 2022 was arranged by the Sakhalin Oblast Government, the Regional Ministry of Culture and Archiving, and the Sakhalin Oblast Centre for Folk Arts with support from Sakhalin Energy LLC. 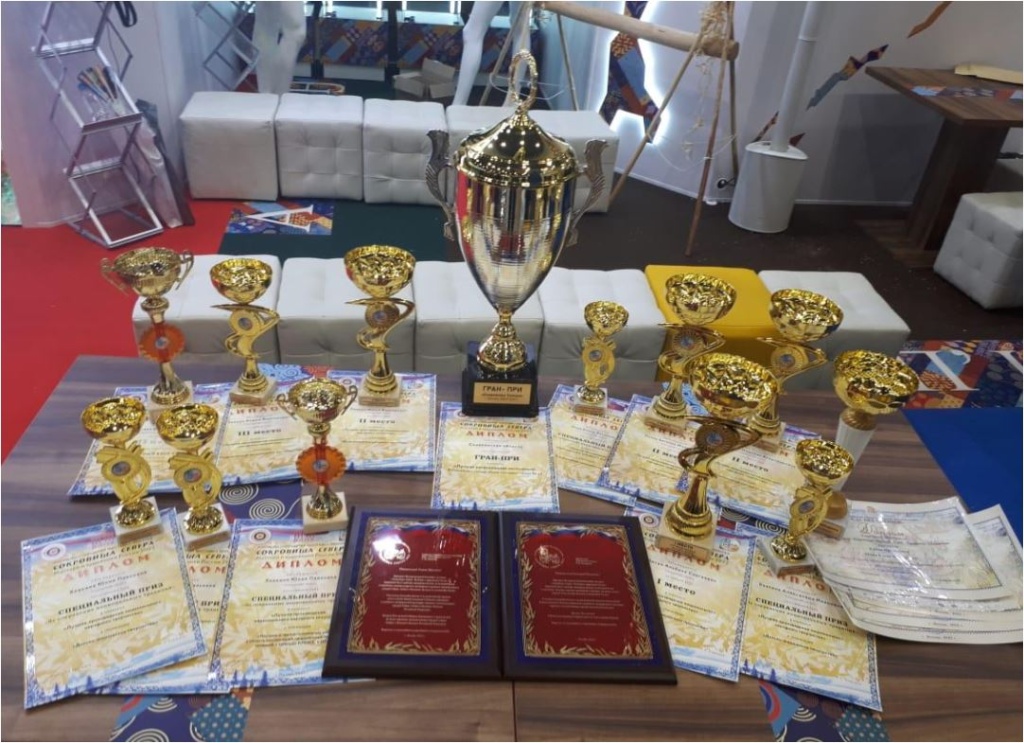